Please Thank the Sponsors who make these highlights possible.

The Monarch Cheerleaders and Mascot posed for a photo prior to kick off at Spencer.

Monarch Team Captains Jacob Bruck (22), Derek Scheuring (75), Carson Seuntjens (5), and Jaxson Hildebrand (26) walked to mid field where they met and shook hands with Spencer Captains before the start of the game.

Jake Fink (2) caught the kick off in the end zone for a touch back.

The Monarchs were forced to punt after an incompletion and Jake (2) sent the ball up field.

(77) ran the Spencer Punt Returner out of bounds.

Luke Wiebers (11) made the tackle on a run around the right end.

On 4th and 2, Wyatt Johnson (6) wrapped up the ball carrier and stopped him from reaching the first down marker. The Monarchs took over on downs.

Jaxson (26) gained a yard on a run around the right end.

The Monarchs were eventually forced to punt. the punt was blocked and Spencer scored, but missed the extra point. Jake (2) returned the kick off to the 44 yard line.

Luke (11) kept the ball up the middle for a two yard gain.

Jaxson (26) was stacked up in the back field for a short loss.

The Monarchs turned the ball over. Several Monarchs including, Gavin Hipnar (17), Easton Emery (24), and Jaxson (26) teamed up to stop a run up the middle.

Carson (5) made the next tackle for the Monarchs.

Ricardo (21) held Spencer to a short gain on a run over left tackle.

Spencer scored on the next play and finished with a 2 point conversion. The kick off resulted in a touch back. Brailyn Desy (31) carried the ball around the right end, a penalty set the Monarchs back 10 yards.

Jaxson (26) made the catch then turned up field for a 2 yard gain.

The Monarchs met near the side line during a time out.

The Monarch Cheerleaders rallied the crowd during the break.

Derek (75) helped out the officials by signalling the Monarch 1st down.

Time expired in the 1st quarter and the Monarchs met with Coaches near the side line.

Jaxson (26) picked up 3 yards on a tough run over left guard.

The Monarchs eventually turned the ball over on downs. Carson (5), and Joel Murillo (58) made the tackle on the next play.

Spencer was forced to punt, there was no return. The Monarchs took over on the 27 yard line. Jaxson (26) ran up the middle for 4 yards.

On third and 7, Luke (11) broke away from tacklers and was able to get a pass off.

Carson (5) went up to make the catch and it looked like he was interfered with, but there was no call.

The Monarchs are forced to punt. Jake (2) sent the ball up field, there was no return.

Jordan (52) made the initial contact then Gavin (17) joined in to finish the tackle.

Gage Head (4) forced the ball carrier out of bounds on a sweep to the far side of the field.

Luke (11) swatted the ball away from a receiver on the next play.

Wyatt (6) hit the Q.B. just as he pitched the ball outside.

Luke (11) forced the ball carrier out of bounds.

Luke (11) peeks out from a pile up where he helped stop the ball carrier along with (74) and other Monarchs.

Jordan (52) tackled the ball carrier on the next play.

Spencer pitched the ball to the right and Jesse (1) made the stop for a loss.

Carson (5) made the tackle after a reception.

Spencer scored two plays later. Jesse (1) handled the kick return and brought the ball out to the 34 yard line.

On second down, Luke (11) sprinted around the right end for 15 yards and a first down.

The Monarchs went in to a hurry up offense. Luke (11) zipped a pass out to the right.

Jesse (1) made the catch near the side line for 6 yards.

Luke (11) avoided the rush, stepped up in the pocket and threw a dart out to the right.

Jesse (1) made another grab for 11 yards and a first down.

Jaxson (26) ran off right tackle and over a defender for a first down at the 28 yard line.

The Monarchs called a time out and met with Coaches near the side line.

The O-Line gave Luke (11) time and he threw a pass toward the goal line.

Jake (2) made the catch in the end zone for a Monarch Touchdown.

Coaches and Teammates congratulated Jake (2) on the catch and celebrated the touchdown.

Sebastian Contreras (54) handled the kick off for the Monarchs.

Sebastian (54) made the tackle on the return. 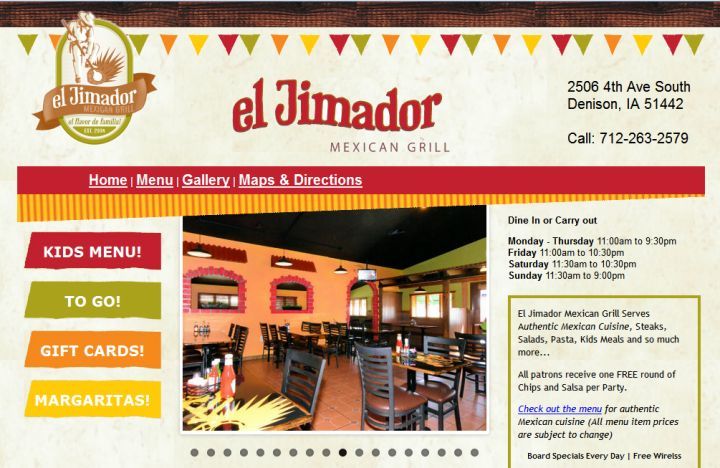 Sebastian (54) kicked off to start the second half.

Spencer pitched the ball out to the left and Luke (11) stopped the play at the line of scrimmage.

Jesse (1) slowed the ball carrier and Ricardo (21) made the tackle short of a first down. The Monarchs took over on downs.'

Jaxson (26) lunged forward to regain the line of scrimmage on a pitch play.

The Monarch Cheerleaders kept the Crowd cheering through out the game.

The Monarchs faced 4th and long, Jake (2) punted the ball away. There was no return.

Several Monarchs joined in to make the tackle on the next play.

Elbert Perez (68) was in on the stop on a run up the middle.

Jordan (52) followed up with a sack of his own.

The Monarchs were forced to punt and Easton (24) sent the b all up field. There was no return.

Gavin (17) recovered a Spencer fumble on the next play.

A penalty, and a fumble made it 2nd and 28. The Monarch Cheerleaders rallied the crowd.

Jake (2) took a hand off and rolled to the right, then he dropped back and threw a pass across the field. The throw was on target but fell incomplete.

The Monarchs turned the ball over, Wyatt (6) made the tackle on the play.

Wyatt (6) made a tackle on a run up the middle.

Blaine (27) made the tackle on the next play.

Blaine (27) wrapped up the ball carrier.

The Monarchs met on the side line during a time out.

Spencer scored on the next play. The Monarchs went three and out. Easton (24) punted the ball up field. There was no return.

Spencer ran off left tackle, Derek (75) was in on the stop.

On third and 12, Gabriel Henningsen (76) made the tackle 7 yards shy of a first down.

David Cardenas (9) provided pass defense on a throw to the end zone. The Monarchs took over on downs.

Jaxson (26) ran over right tackle for no gain.

Luke (11) was under pressure but was able to get a pass off.

Jesse (1) made the catch for a 15 yard gain and another first down.

Luke (11) dropped back and threw a nice pass up field.

Carson (5) made the catch near the side line for a thirty yard gain and a first down.

Jaxson (26) followed the O-line push in to the end zone for a Monarch Touchdown.

Luke (11) held as Carson (5) kicked the ball through the uprights for the extra point.

Sebastian (54) kicked off for the Monarchs. There was no return. Time expired. The Monarchs travel to Storm Lake on Friday, September 30 for a 7:00PM kick off.
Go Monarchs!!!